How One Neighborhood Seeks To Silence A Veteran

A Neighborhood Seeks to Silence A Veteran 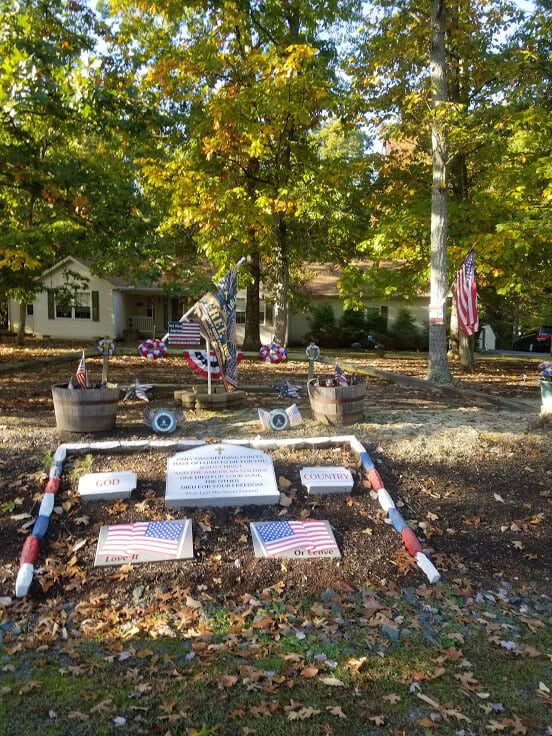 I’ve lived in my neighborhood for fourteen years now. I went to bed last night being embarrassed for the first time by where I lived. It isn’t my home or the location.  You can see how much I love my town of Palmyra and the people of the community. I even wrote about it very recently in my post what goes on in Palmyra. Yesterday, however, I received a slap in my face. A slap that was felt by anyone that serves or has served in the military. I lost hope in humanity and I was scared for the very first time.

I wasn’t scared by a robber or natural disaster. I wasn’t scared by the climbing water bills or a wandering animal. I trembled in anger, then aggravation, denial, frustration, and eventually into a pile of emotions pondering when did the goodness of man sink to a new low?

When did it become the norm to harass people when they differ in their opinions? I ask you, the Lake Monticello Home Owners Association, why didn’t you follow your own procedures?  Why did you go after a war veteran who is 73 years old for having more than one American Flag on his property?  I ask you when did it become the norm to go straight to a lawyer and threaten to impose fines of $2,500- $15,000 on a person who loves his country because of “political speak”?

Here is the actual letter:

This letter is shared with permission of Mr. Reilly (It wasn’t even sent certified mail.) 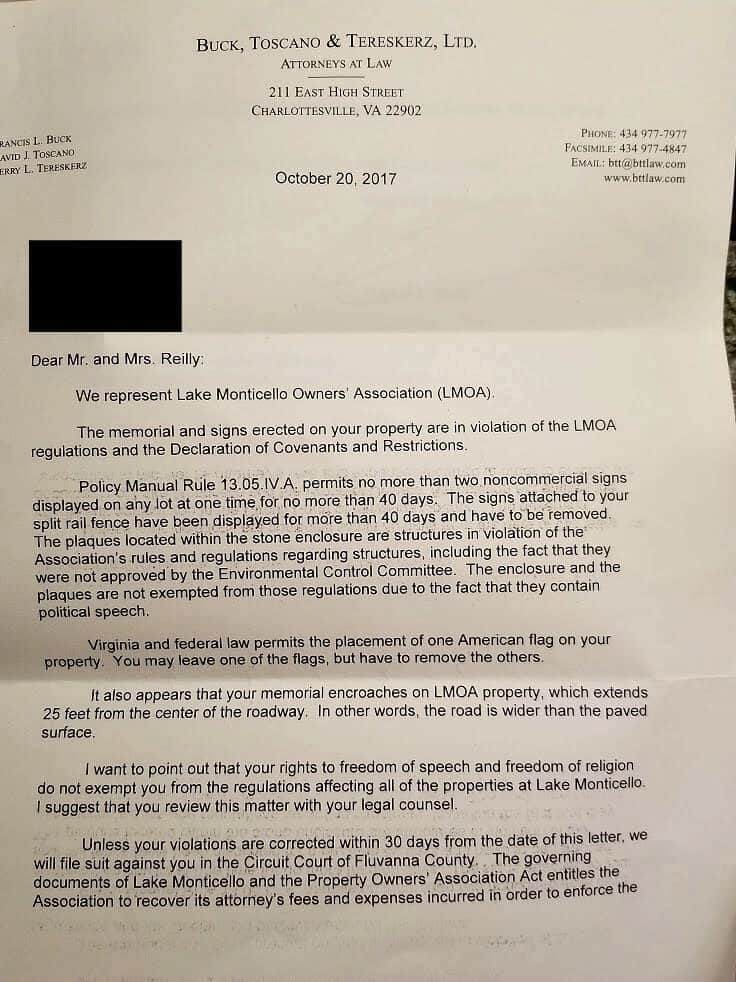 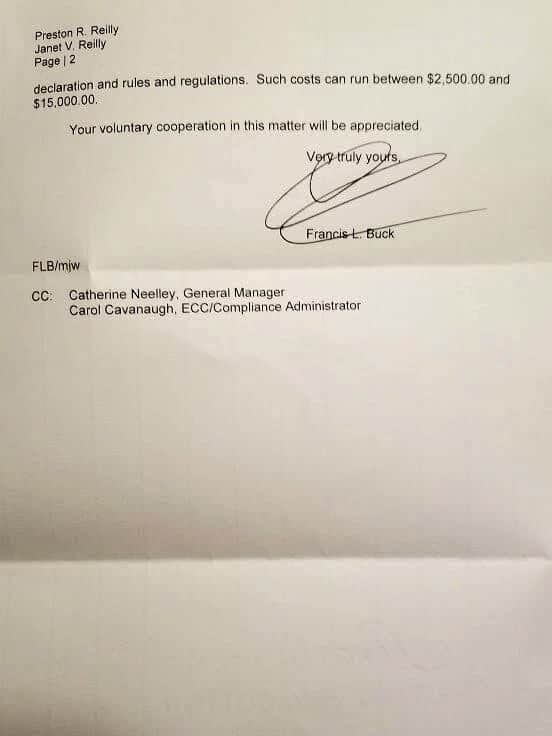 (Note: In late summer of this year, Mr. Reilly was notified of a violation in connection with signs on his property.  He removed them and the violation was cleared by the HOA.  In that instance, he received a normal letter.  He did not receive a letter from an Attorney at the expense of the homeowners.  UPDATED: It should also be noted that the present decor was there at the time and was not “cited”. The letter above still shows the split rail signs as an issue even though Mr. Reilly took them down and received a letter from the HOA stating it was done.) 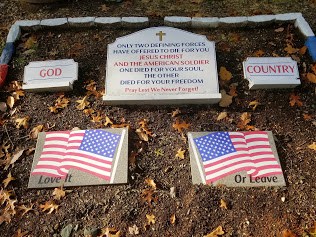 I wonder when his decorations stating his love for the American Soldier and Jesus become political speak? When did God become political? Can you tell me who Jesus voted for? Is Jesus registered? I mean he might be with all the voter fraud. When did serving your country become political? I was so incensed as a lake resident, granddaughter, daughter, and wife of a Veteran that I went to Mr. Reilly’s house to see for myself and to speak to him about the letter. I wanted to see what was worth spending my HOA dues on. Was Mr. Reilly attacking someone? Did he cause harm? I saw none. I didn’t see anything offensive. I saw a patriot.

I remembered that when my husband served he was surrounded by his brothers and his sisters. He did not see their voting card, color, religion, academic level, or, bank statements. He saw an American who was willing to take their last breath so the rest of us could breathe freely. We all need to take a breath and remember we are all Americans.

Mr. Reilly has had his home decor up for years now. He is someone who has the right to his opinion. He has the right to love his God and the American Soldier. I am heartbroken to think that loving your country is a fineable offense? 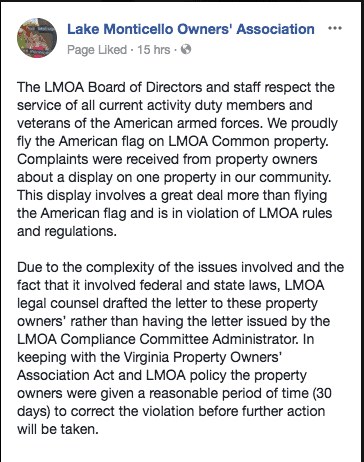 The property looks the same with the exception of the two signs those were the affixed signs to his fence that triggered the original violation. Those same signs appear in the letter from the lawyer even though the offense was deemed corrected on September 27th at the LMOA board meeting. 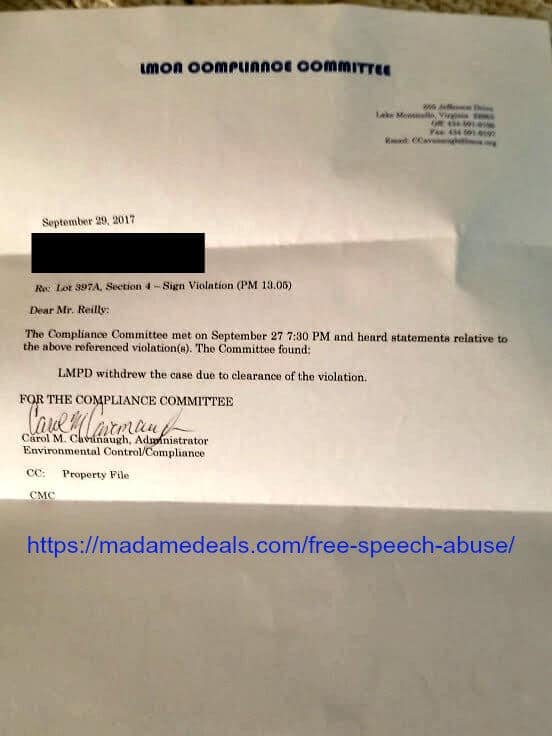 That seems strange since his property was already looked over when they found the original offense. He changed nothing. I have to wonder what changed? Does the LMOA not know their own policy? Did they miss everything stated in the letter from the attorney the first time Mr. Reilly was cited?

I want to know did policy change from the time his first offense was cited and resolved to October 20th?

I want to know if someone’s lawn has the same decor for the last 4.5 years why it suddenly wrong? Should I wonder if this is a targeted attack on a Veteran? That can be answered quickly if the LMOA can show me proof that other people were cited for having more than one flag on the same day.

I mean I should give the LMOA the benefit of the doubt and assume everyone with more than one American flag got a letter from an attorney. Right?

What can you do to help?

If free speech and the men and woman who died granting it to you are important to you, LET YOUR VOICE BE HEARD. We cannot be silenced.  We MUST support Americans who love America. 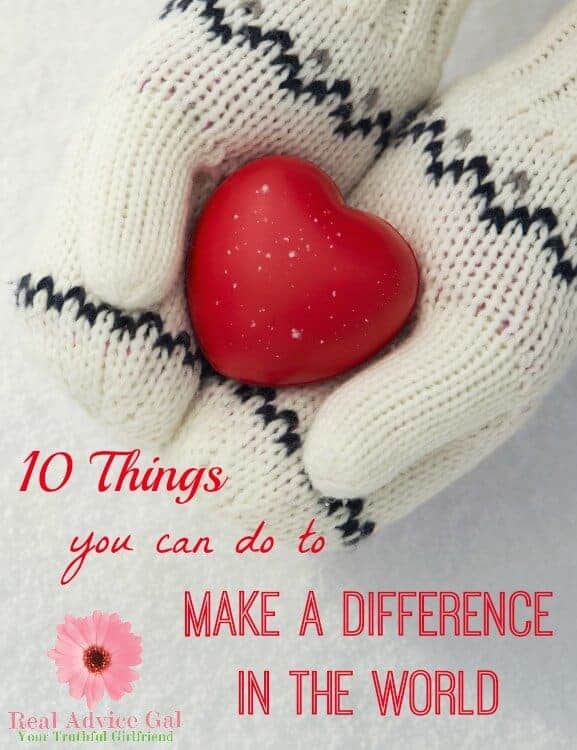 Ready to help others see how to make a difference in this world.

How to Bake a King Cake for Mardi Gras

10 Things to Consider Before You Take a Mom Vacation

How to Help Military Members as They Transition to Civilians