*Disclosure- I was provided with free admission to Legoland Florida in order to facilitate this review, as always, all thoughts and opinions are my own 🙂 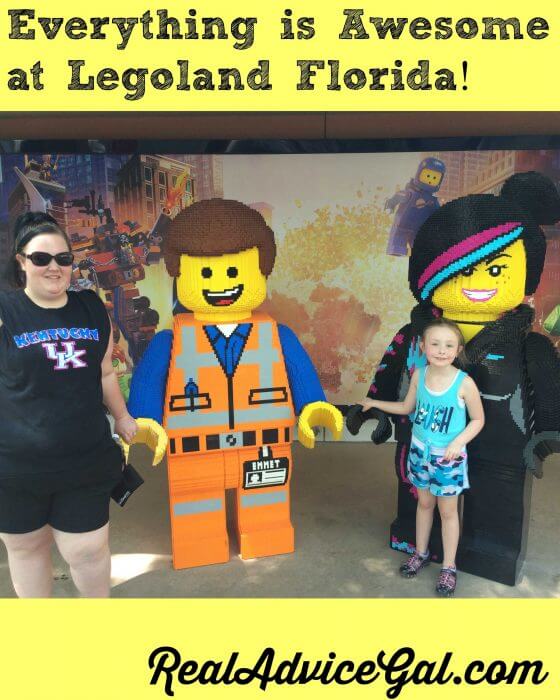 How was everyone’s spring break!? Ours was awesome! Spring break is when we take our big family vacation every year, and we (within reason) let our daughter pick where we go. This year she only wanted to go to 2 places, Universal Studios and Legoland Florida. Considering I love Harry Potter and Lego’s this was a request I was thrilled to approve!

Let me tell you, if you kids are lego lovers like mine, then you have to plan on taking them to Legoland Florida! The way my daughters eyes lit up when she saw Emmit and Lucy made the whole 10 hour road trip to get there worth it! Here is how our day went…..

A day at Legoland Florida…… 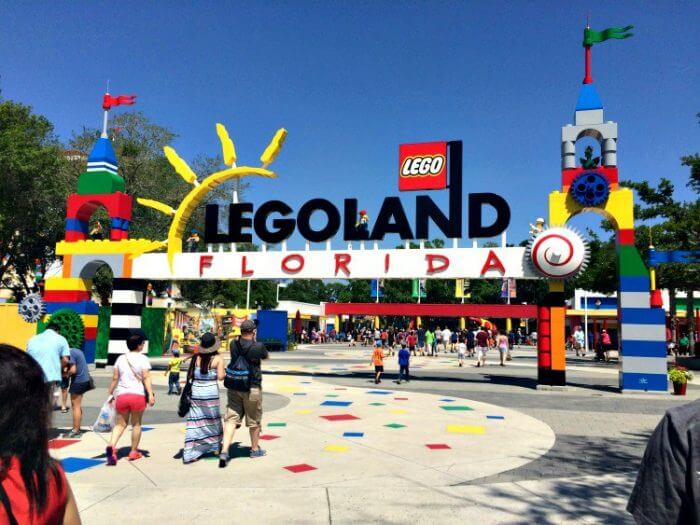 Upon entering Legoland Florida I was so excited about how colorful everything was! My daughter got a kick out of “everything being made out of legos!”. Another thing I noticed is how HOT it was. Holy crap, my car was reading the temp at 102. So if you are not used to the Florida heat, this is something you will need to prepare yourself for. Stay hydrated (there are plenty of drink options available at the park, or you are allowed to bring a small cooler in the park), and I would suggest some sunglasses and a hat. (or a super cool visor, like the one I had to buy there because I forgot a hat ha!).

Our family is big on theme park rides, so that was the first thing we went for. With that being said I want to mention that Legoland Florida is very much a KID park. There are 2 rollarcoasters and a few family rides, but for the most part they had rides that your kids will be riding by themselves. My daughter was just fine with this and thought she was just too cool riding rides by herself. My husband and I were also okay with this, as we were there for her anyways, but I just wanted to mention it so you know what to expect. 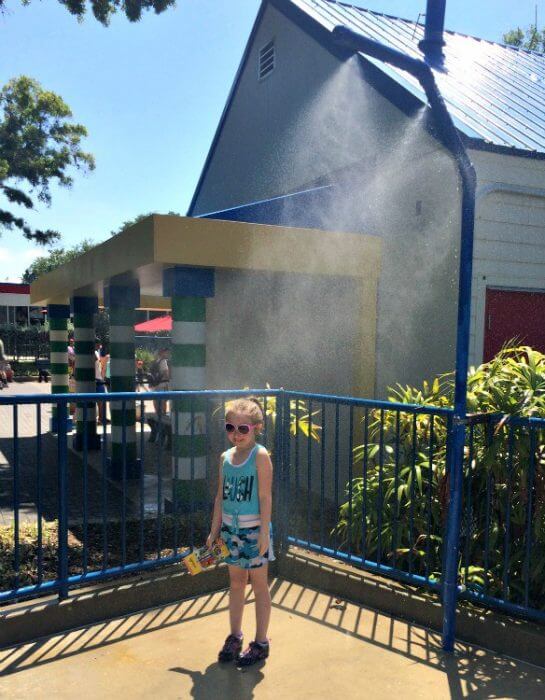 Remember above when I said it was really HOT? Thankfully Legoland had these awesome mist stations scattered around the park for an instant cool off. They were needed, appreciated, and well used by everyone. 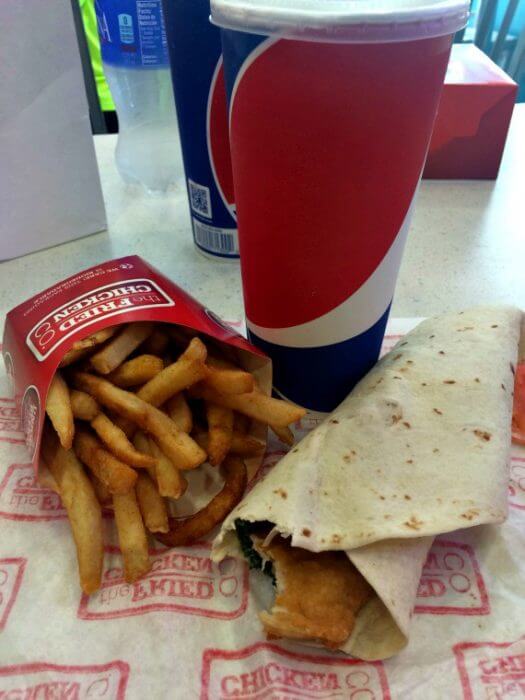 After a few hours in the park it was lunchtime! One thing I was super thankful for was the abundance of seating at all restaurants within the park (coming from a park the day before where we had to sit on the ground to eat ha). We decided to visit the Fried Chicken Restaurant as it was right next to Lego Driving School which we were planning to hit next. The meal pictured above was $9 (drink extra) so keep that in mind. For my family of 4 paid a little under $60 to eat lunch. It tasted good though! 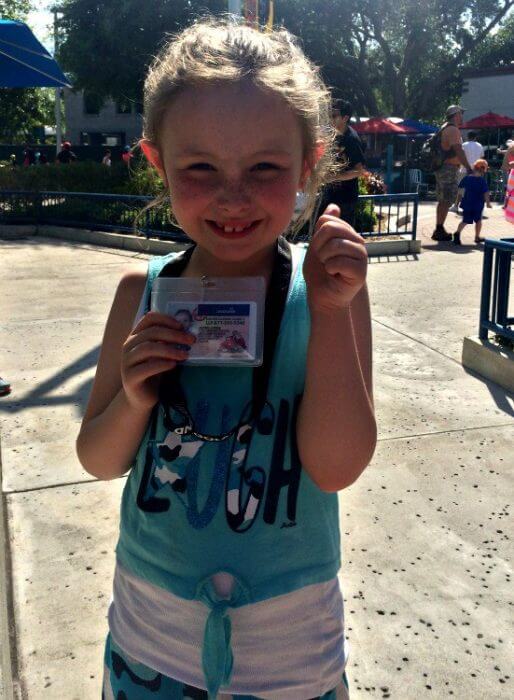 Speaking of the Legoland Florida driving school, that was my daughters favorite attraction at the park and I think a lot of other kids agreed because it was packed! The kids get their photo snapped for their “drivers license”, go through a training video, then are set free on the car track. It was super cute and fun, and for an extra fee you can grab your child’s “drivers license” to take home and it makes a great souvenir! 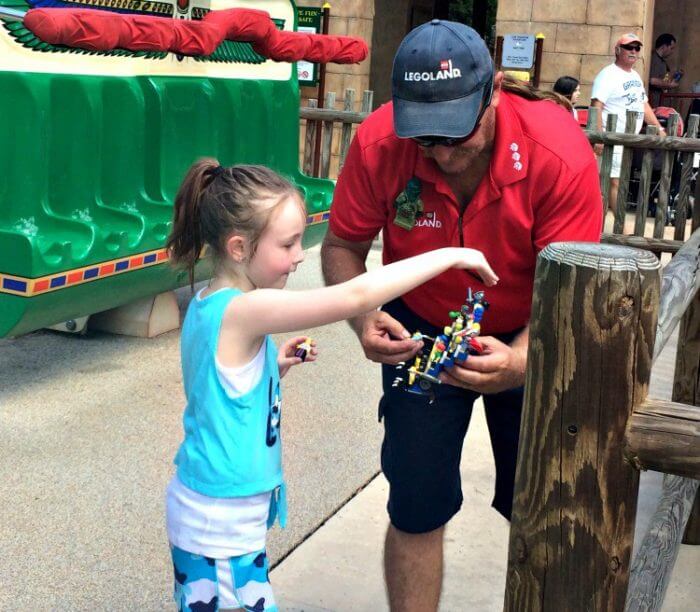 Another really fun part of our day at Legoland Florida was the Mini-Figure trading! This was my daughters favorite part. I had heard of this before going so we made sure to head to the Lego Store back home before our trip and grab some Mini-Figures to trade. All throughout the park the park attendants had different Lego Mini-Figures that could be traded by anyone! We entered the park with 3 witches, and left with a Lego friend, a Knight, and a Construction worker! 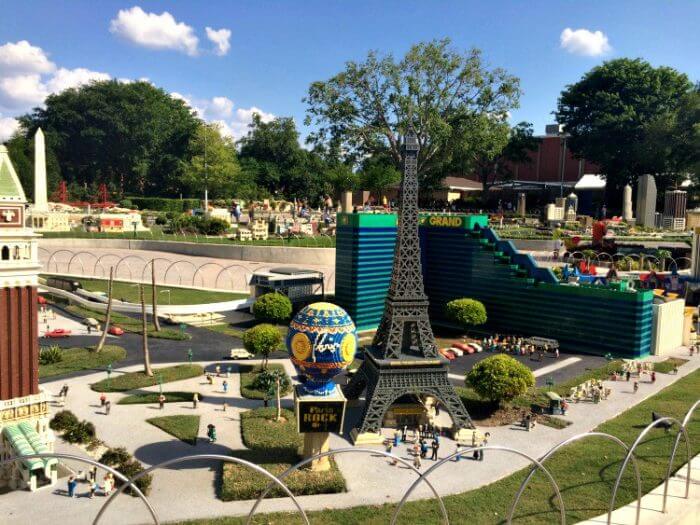 We ended our day at Miniland USA which is one of my favorite parts of the park. Everything around was made out of Lego’s! The phone above is Las Vegas made completely out of Lego’s!  How cool is that!? They also had the White House, Daytona Speedway, NASA, and more! A very cool part of the park to explore.

In conclusion, if you have a lego lover between the ages or 2-12 then you will have an awesome time at Legoland Florida!

Make sure to keep up with everything going on at Legoland Florida by following them on Facebook and Twitter!

What is the best skin care for aging skin?

How to Find Happiness in One Minute

Making My Own Flour with Mockmill Attachment for KitchenAid® Mixer