How to Save Money When Your Emergency Fund is Wiped Out

No savings, no emergency fund, nothing to fall back on. That’s where we are now that necessary repairs to our paid off, ten-year old car have been made.  I’m sure many of you can relate. That’s why I am sharing How to Save Money when your Emergency Fund is Wiped Out!  I know what it is like to have that need, so I want to help you learn how to manage! 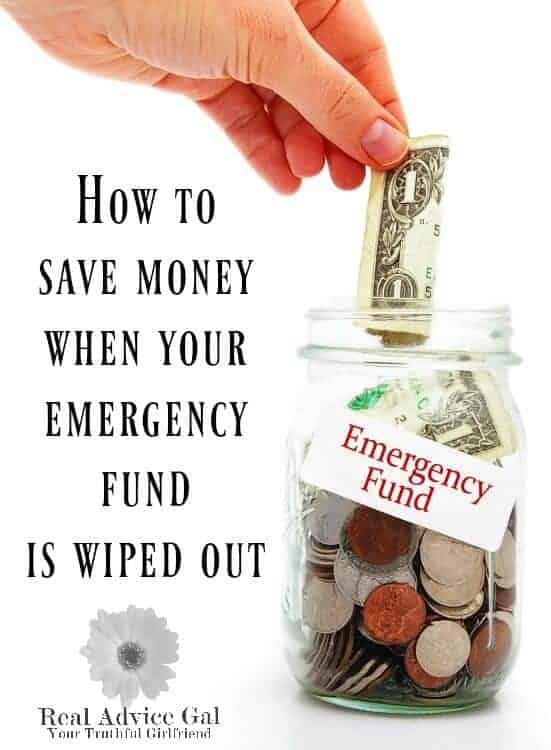 How to Save Money When Your Emergency Fund is Wiped Out

Did you know that according to the Federal Reserve, 48% of Americans say they wouldn’t be able to come up with $400 in an emergency, and only 38% could handle an unexpected expense of $1000?  We are fortunate as we had $1,500 in an emergency fund.  However, spending it to repair the car put us back to ground zero.  Now that our emergency fund is wiped out, we need to save money.

These Maple Balsamic Baked Pork Chops have become a favorite particularly when we have friends over for dinner.  Since these pork chops are dairy free, gluten free, and egg free, they usually meet everyone’s dietary requirements and preferences. 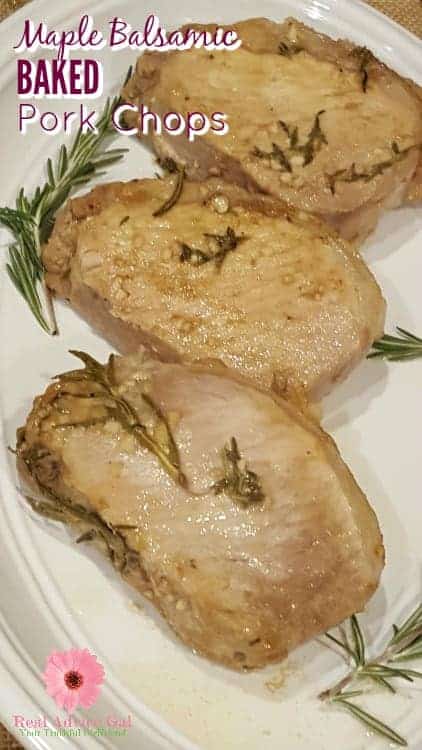 As the cost of meat has increased over the years, I’ve discovered pork tends to be a good choice instead of beef.  Many times pork chops are also less expensive than chicken, turkey or ham.

When friends are over, I don’t want to be stuck in the kitchen slaving over a hot stove. Since the meat is marinated before cooking, they are quick and easy to prepare.  I find I am able to spend less time prepping and cooking a meal in the kitchen and more time enjoying the company of family and friends.

The Key to a Great Wardrobe

What’s your “go to” wardrobe item?  I’d have to say my answer to that question is any pieces which can be layered.  Tees and camis under cardigans will never go out of style, these are the must have in your wardrobe all year round.

This year, DAWGS.com’s Black Friday deals rank at the top of my list.  I just can’t pass them up.  The reason I can’t pass them up is because there are very few things which get me more excited than finding a great buy on basic wardrobe items.

At long last, my ratty “old lady” sweaters and my beat up and worn out boots will be a thing of the past.  I’m replacing a few of my sweaters with two new Agiato Cascade and Drape Cardigans in my favorite go-to black.  Finally, after almost ten years, my old boots will hit the curb and be replaced with a brand new pair of silvery gray DAWGS 9-inch microfiber boots.

Years ago, I worked in big city offices which required me to wear dresses, suit, and high heels.  If you fast forward to today, you’ll notice that is no longer the case.  Our family’s move to a smaller, less cosmopolitan area has allowed me to focus my wardrobe around more comfortable, functional, and many times, fun pieces.  What’s my favorite look?  It has to be a comfortable black pants and a t-shirt or camisole topped off with a cardigan or jacket.  I love to layer a variety of versatile pieces.  As you can tell from my personal choices, women’s boots and apparel top my list of DAWGS.com favorites!

Here’s where DAWGS.com comes in.  This Black Friday, DAWGS.com is offering our readers an exclusive 60% discount site wide and a FREE SHIPPING by using DAWGS coupon code SB60.  It’s easy to take advantage of this special offer.  Simply follow this link and fill your cart with items for everyone on your holiday list.  You’ll quickly find something for everyone on your list.  Finally, whether it be shoes or boots for toddlers, kids, men, and women or apparel for both men and women, DAWGS.com has it all.  In the end, no matter what you are looking for, you’re sure to score a great deal.

You Have to Admit, We All Do It!

People Watching… You Have to Admit, We All Do It! 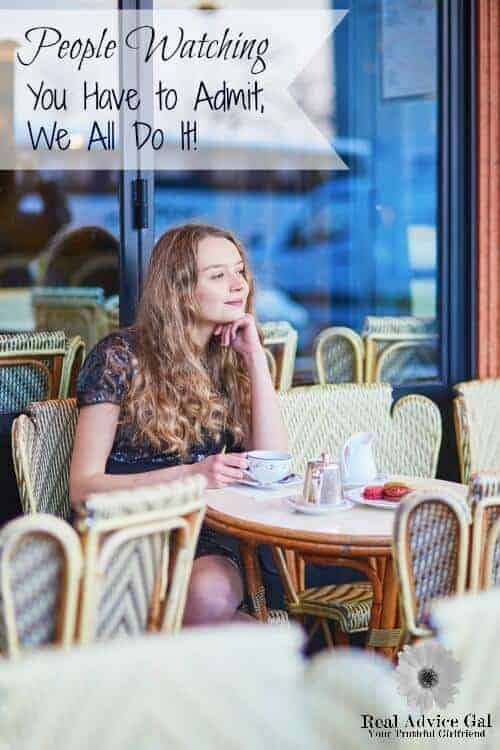 Who are all these people — the ones waiting in the doctor’s office, in line at the grocery store, the DMV, or wandering aimlessly through the shopping mall? My mind starts to wander and suddenly I realize I’m doing it again. PEOPLE WATCHING! You have to admit, we all do it! How many times have you found yourself waiting somewhere with nothing better to do than watch people and start conjuring up what their lives are like? A friend recently posted on Facebook her perception of what she saw in the people waiting with her in the service department of a car dealership. It went like this:Continue reading

How To Save On Lawn & Garden Watering

Having a beautiful lawn is tough when it is costly.  That’s why we are sharing those great tips for How To Save On Lawn & Garden Watering this year!  Whether you are landscaping your front lawn or trying to grow beautiful flowers or vegetables these are great tips! 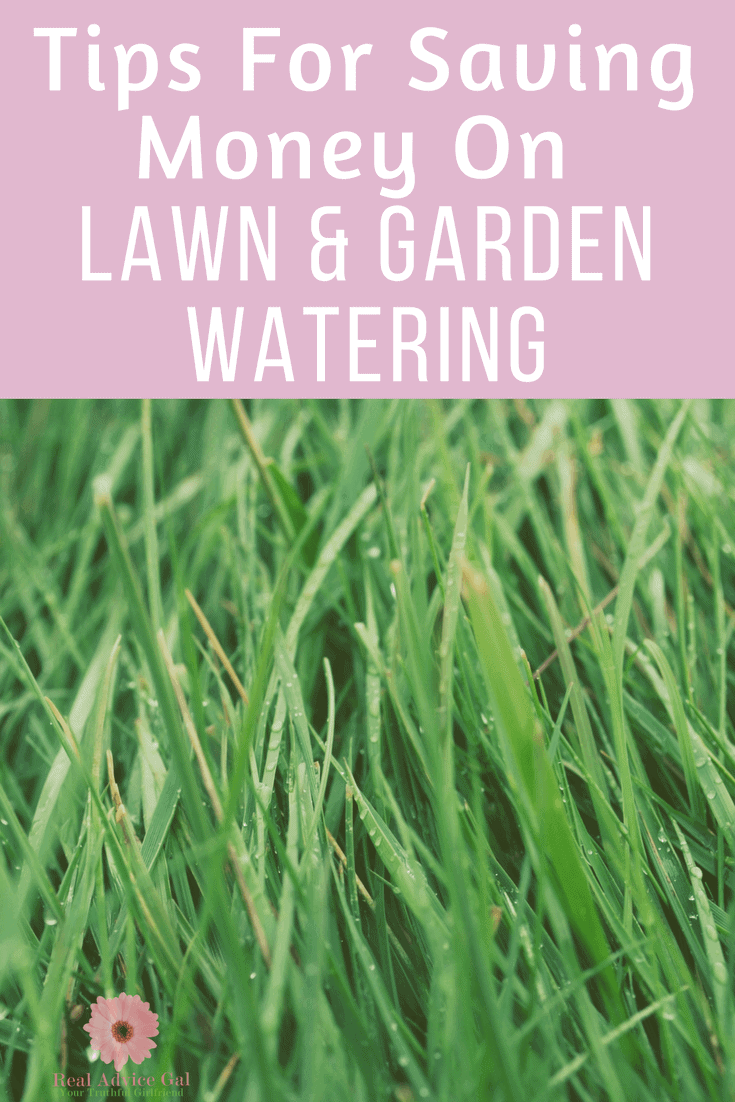 Is it really possible to save money watering your lawn?  It depends on what part of the country you live in.  In our area, the summers are hot and humid with frequent afternoon thunderstorms.  In other areas, the weather is hot and dry necessitating your lawn be regularly watered to maintain any semblance of green.

One of our biggest issues with watering our lawn is that water is very expensive in our area.  My parents live in a large city and their water/sewer bills average around $35 a month.  On the flip side, our bill each month averages about $120! 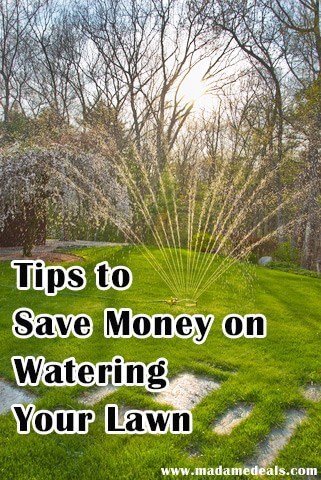 How To Save On Lawn & Garden Watering

These are just a few basic tips to save money on lawn and garden watering this summer! Having a lush lawn despite the heat and drought is possible without spending a fortune.  Utilize our tips above to make sure your lawn looks amazing while staying in budget!

Frugal Ways to Save Money: Home Appliances Sale
Save Money using a Realtor 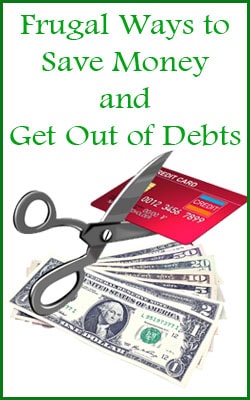 Frugal Ways to Save Money: Getting Out of Debts

Topic: Save Money Watering Your Lawn

Social Media Debate: Is It Still Okay to Call Someone Ma’am? 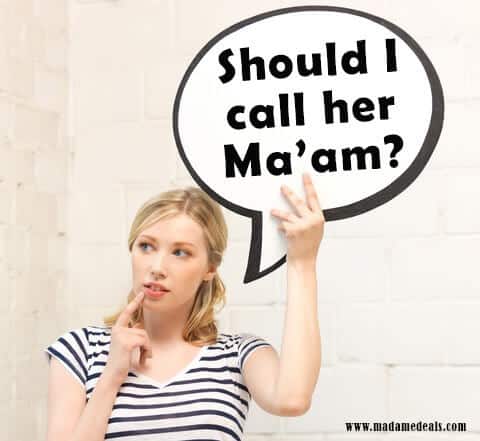 If you have a social media account such as Facebook or Twitter, you have probably found yourself involved in at least a debate or two about an issue that appeared on your feed. Sometimes these issues revolve around national, local, or community politics. Others may be centered on questions posed about child rearing. Still others may involve your favorite sports team or a celebrity scandal.

Social Media Debate: Is It Still Okay to Call Someone Ma’am?

This past week, a personal friend posted an article from the Huffington Post entitled “Dude, Don’t Call Me Ma’am.”  Needless to say, a heated discussion in the comments of the post ensured.  The people who commented were from all over the country.  The comments ranged from insisting that the use of the term “ma’am” is outdated and inappropriate in this day and age to those who firmly believed it was a sign of respect.

Here’s an excerpt from the article:

I understand that when people use “Ma’am,” they probably intend for it to be a sign of respect, and also that the term is more commonly used in other parts of our country. In fact, a friend from South Carolina once told me that his child got in trouble for saying, “Yes Ma’am,” to his teacher at his new Los Angeles area school. My friend had to convince the principal that his son was not being smart-mouthed and was just using the Southern manners they had taught him.

But out west, people only use “Ma’am” for women of a certain age. I’d feel genuinely silly calling a 20-year-old “Ma’am.”

There needs to be another option, a term that could be used when speaking to women of all ages — the young, the old and the in-between — regardless of marital status.

Personally, having lived the better part of my life south of the Mason-Dixon line, I see the use of the term “ma’am” as a sign of respect.

What do you think, is it Okay to Call Someone Ma’am?

Is My Child Spoiled? 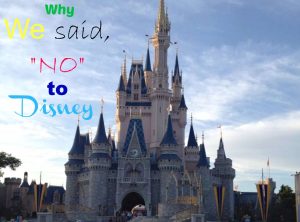 Why we said No to Disney World