I get a lot of magazines. The one magazine that I love is Family Circle. I got this super Crockpot Crab and Corn Chowder recipe that I wanted to share with you.

Here is what I would change. I would use frozen corn. It was difficult to get the corn off the cob when the kids were starving. Our son can’t eat seafood so I took some out of the crockpot for him and his sister before I added the crab. The other thing I would change is I would hide the leftovers from my husband. This soup was yummy!!!!  I hope you enjoy. It cost about $16 but it made two complete meals and a lunch. I could have made it cheaper but I bought the larger can of crab (located in the fresh fish section of your grocery store) instead of the amount the recipe called for. 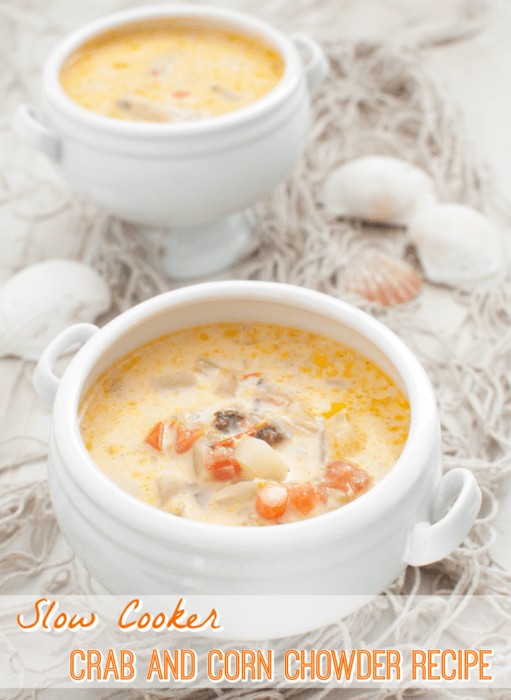 1. Combine chicken broth, potatoes, carrots, onion, celery, thyme and Old Bay in a large oval slow cooker. Place corn on the cob on top of vegetables. Cover and cook on HIGH for 4 hours or LOW for 6 hours.

2. In a bowl, stir together red pepper, evaporated milk, cornstarch and salt.

3. Uncover slow cooker and remove corn to a cutting board. Stir red pepper mixture into slow cooker, replace cover and cook on either HIGH or LOW for 1 hour.

4. Meanwhile, when cool enough to handle, cut kernels from cobs. Stir corn kernels and crabmeat into soup and heat through. Serve warm.